Announcing the Closure of Rokkenjima.org

It’s with a heavy heart that I must announce that Rokkenjima will be closing on the 28th of February. This is a decision that’s been a long time coming, and it wasn’t an easy decision to make, but I believe it’s for the best.

This is a companion discussion topic for the original entry at https://rokkenjima.org/announcing-closure-rokkenjimaorg/
15 Likes
Clover_Zero January 14, 2018, 6:40am #2

I’m not even active in the forum, but I closely follow the web and social medias for 07th Expansion updates. I’m sad, but that’s fine. This is for the best.

Thank you and I wish you luck.

Good luck on future endeavours. Sad to see the forum go. I have no clue where to go next so to be with fellow fans…

Though I am not surprised this happen in less than half a year of myself joining, I am cursed when joining fanforums. One day I will find the one where everyone is happy together~

Shoutout to Aspi for leading the community for as long as he did. It’s hard work and despite the many disagreements that have been had over decisions on the site; it’s important to remember that the reason we disagreed is because we all care enough to have an opinion. I hope to keep in touch with the community as best we can, and enjoy the last month of the website with all we’ve got. There’s still podcasts, threads, gameboard and playthroughs to look forward to so it’s not like you have to freak out about your 07th Fix just yet.

I would like to stick my neck out and say it’d be good to keep and rebrand the discord. I understand the decision but disagree with it, but that’s not what this thread should become about.

Cheers Aspi for all the hard work. I hope this last month makes for one, epic, resounding

Sad to hear this but understandable. I wish everyone the best of luck and I hope we’ll be able to meet in other ways in the future!

Don’t worry, it doesn’t end hereーsomething will be done whether by my hand or another’s, and I will make certain of it.

Realistically just a new place for the community.

Thank you for what you did by creating this community. I’m in the end glad I used to be part of it. A lot of good memories and things I will keep from it.

Good luck in your future endeavours.
Your friend - Usagi.

Well, this day has finally come. I want to thank Aspi so much for founding this community and continuing with it for so long, almost two whole years! We appreciate all the hard work you’ve put into this community, and understand that this is the time to move on. I offer you my greatest thanks for all you’ve done for the fans of 07thExpansion, and wish you the greatest luck in your wish to continue on with Kazamatsuri!

I have been preparing for this moment and am planning on creating a new Discord server for friends and Family to gather on. More details will be available as soon as we are ready to release them. I promise that the love of 07thExpansion will be held at the core of this reborn community and I hope you will all join with us in this chance for a new beginning~

We have a month to wander these halls, share in the community that stands tall even now, and to remember all that we have loved of our time here. I wish a wonderful final month of Rokkenjima.org to all!

EDIT: As per new information I have updated the details slightly.

Though I understand the feeling of not being that into something anymore. Umineko ended 7 years ago after all, and after starting and maintaining nearly 90 500-post topics during its release at a certain gaming forum, I had to take a step back in Umineko stuff for a while. But finding this forum last year sparked the old flame again, and I had hoped of discussing the next When They Cry here too.

Regardless, there is an end to everything, to good things as well…

Sad as it is, I understand the reasons on why you’d do it.

Well, see you in another fragment that promotes 07th expansion!

I’ll miss the gameboards as they were fun reading over to find clues.

This place was (still is, for now) a miracle, a divine gift in itself for the eyes of any 07th Expansion fan.

It’s a lost paradise, where newcomers could also experience for the first time whenever they want, without missing the collective train of thought, such as many of us in the past, the thrill of theory-crafting madness that Umineko as a whole was during its release.

And also, very importantly, not being spoiled accidentally by older readers like it used to happen to people just getting into the series and wanting to participate of said community and come with theories of their own, in their own pacing.

I screwed up in 2016 and accidentally did exactly that in here, by posting a covered spoiler about the meta in a Spoiler Free discussion of EP4 iirc. For you to imagine just how much it hurt me to ever have risked the paradise this place is in my eyes, I actually abandoned it for over an year in guilt (although still silently following every single activity around), until me and @edit_anon came from 4chan to organize the idea of the Umineko chessboard game in here.

That said, to me, Rokkenjima is (and will forever be) the ideal house for any new and old fans alike of all 07th Expansion (Ryukishi07’s works in general actually) works to date.

And although it’s very sad for me to see it go, I couldn’t be more grateful to you for even have created it, much less administrating it as a whole for all this time, even when doing the job alone, as you mentioned. I wish you all the best, Gamemaster @Aspirety, may the future of our kakera reserve you great things to look forward to in life.

If I myself wasn’t to also be in a complicated situation in real life, I would have helped you with whatever efforts in order to maintain this community together as it will probably be until the bitter end, so I can’t help but comprehend very well where are you coming from with this announcement.

And for last and definitely not least, for as long as it keeps running, Viva Rokkenjima! May its last days be the home of many great topics yet to come, which will hopefully be forever immortalized with all the other wonderful ones we already had in our run up to this point.

Farewell, my favorite forum. I myself will do my best to contribute with something to send you off in a great way as well. Hopefully I’ll finish said planned topics in time.

But in all seriousness: Thanks, Aspirety, for creating this safe haven for Umineko ramblings! I have been part of it only for a couple of months, but it had been a really fun time. The only regret I have is that I had been too much of a chicken to join sooner. Therefore: I wish you all the fortune of the world! You deserve all the time and focus you need, since you are that much of an inspiration for your passion. I still have bookmarked your blog entry about Umineko being more than a story after all.

This plae gave birth to so much fun stuff and interesting discussions.

Thanks for everything and good luck with your renewed focus.

Thank you for everything you did, Aspi. All the effort you poured into this place. Into making bookclubs, podcasts, taking on the admin mantle and worrying over how everyone can have a good time. And… I’m sorry.

This is really sad news :(, though I understand that running a community let alone two is difficult.

I’ll keep my eyes out for whatever happens next.

Thanks for everything, you guys truly made the internet a better place. Hope we meet again.

That sucks. Still, thank you for everything, I’m sure being in charge is more stressful than I can possibly imagine. I think it’s perfectly acceptable if you feel like it’s taking its toll on you (or if it’s making you feel miserable/unhappy in general).

I still hope the rest of community can find a place where we can hang out together.

This is sad news, but I’m not disappointed in you, @Aspirety . You created this community from the ground up. You have had a part in every single gameboard, every single discussion, every podcast, every single meme posted here- whether deliberately or not. You are amazing. 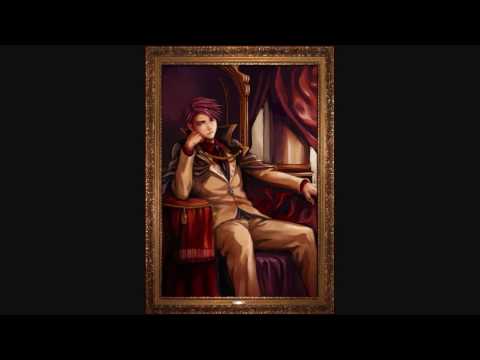 I have made friends and had discussions here that I don’t believe I will ever forget. This place is something special, and I’m so thankful that I have been granted the privilege of being a part of it all. I hope we can organize something together before the closure.

In the end, as I look back upon all the things we experienced in this forum, I can say with absolute certainty that [color=gold]my time here was magic.[/color]

And thank you for being my friend. I hope you find that happiness you’ve been longing for.

Welp, this is sad. And it has not been even a month since my registration, haha.

Though I am not a very active member of the community, I’ve grown to like it a lot. As I said in my intro, I found Rokkenjima through the Tea Parties/Bookclubs. Listening to them was (is) a great pleasure and I am glad that you decided to continue doing them until the end.