Yeah, it seems to be working now.

So we talked about this on Discord a bit: why don’t we add a spoiler channel and a “[player] reads Umineko” channel to the Rokkenjima Discord server?

Mainly, I want to suggest the “[player] reads Umineko” channel, since we had a good amount of interest in that. All we would need to do is set the general permissions so that no one could read the backlog except members with a “Umineko spoiler” tag, indicating they’ve read all of Umineko.

Then, if someone’s reading, they can jump into the channel and they won’t see any of the backlog from previous discussions. They can live chat while they read and discuss it with the rest of us who have read that portion.

Naturally, this means we can only have one person doing a live chat about Umineko at a time…but that’s fine, since multiple live chats would split the activity of the people wanting to participate. One at a time shouldn’t be a problem.

For the general spoiler channel(s), you could either have one for Umineko and one for Higurashi or you could just have one all-inclusive one. If you wanted the latter, you could also hide backlog again, so that you can talk about only one spoiler-ish thing and not be spoiled about other things.

I fully support all of this. Although the discord chat is primarily meant for off-topic and chat, we really need a way to prevent spoilers.

That way I could post live reactions to stuff without worrying about spoiling anyone who hasn’t read the whole thing, like I do if I post them in the foyer (lots of stuff I can’t post at all).

@Aspirety I have a small suggestion for the FAQ! (Umineko spoiler) The “Golden Rule” should be in gold text! I don’t think non-readers would notice it enough to be a spoiler, and we already list the blue and red texts on the same page anyway…

Not sure if this is the correct topic, but I have some suggestions to make on an issue that has been discussed in the discord.
Of course I am a little bad with words so please, try to use your love to understand what I’m saying. (haha, get it?)

I feel like there’s an unnecessary amount of specific topics in place, which might scare a newcomer like me off, because this implies that a person should know exactly where to actually talk. Of course, we should use the search bar, but some people might get worried if they worded what they searched for right or not. And sometimes when someone wants to discuss something, they may want to discuss about two different topics at the same time in the same paragraph, and the way that the forum is now, it may make a person unsure on where to talk about these two, because for them, these two topics might feel related.

For those that still don’t get what the problem here is, let me give you an example:
Say someone asked you: "What do you think of this new Spiderman issue???"
If you were really into the Spiderman comics, then you could easily answer this with your opinion.
But if you just watched the movies and didn’t really care for the comics that much even though you happened to hear some spoilers about those issues, but still have an opinion on the Spiderman series, you’d have a rather hard time to answer this.

On the other hand, I don’t want to suggest a general hub for everything ever, because that might make people unsure of what to talk about, and they might have to go through too many posts just to check if what they want to say has already been said. Not to mention, it would be waaay too messy.

If you don’t get the issue in this, think of the most general question you’ve been asked about. “So what are you into?” “What music do you like?” “What type of person are you?”, the sort of questions you’d have trouble answering fully if you were in 7th grade.

And so, after talking with my boyfriend about this, just to get an input that I trust, outside my own, I wanted to suggest a middle ground. That would be to make general discussions for specific topics. For example: I may want to talk about the characters, but going to each specific character page to say one little thing sounds like a hassle, and chances are, my opinion on the character may have already been said, not to mention that I enjoy talking more about character interactions and notice some little things about how they talk to each other. And so, for this example I would suggest to make a topic for a group of characters. Like a topic for the Ushiromya family, the magical characters, the main cast of the higurashi series, the secondary characters, etc etc. Or if you want to get more specific, have a topic about Battler’s direct family, Jessica’s direct family, George’s direct family, magical beings from chiru, magical beings from EP4. (Sorry for mentioning just umineko topics, but those are the ones that come to my head first.)
Another example could be to have a q&a topic where people could ask some questions meant for the other members of the forum, some advice, favorite music, etc. But nothing too big, like some questions about the stories in the 07th expansion series, things that require discussion, those I think warrant their own topics.

Now I understand that there might be objections to this, mainly that it wouldn’t seem organized and would still be messy. Now my counter argument is that, the fandom has been quiet lately, so there should be no issue about topics getting lost for now, and they could still be archived. And even if it became a bit too messy, like people talking about a topic that’s related to the main topic, or talking about some other side of the topic, I’m pretty sure people have the capacity to read through them, as long as there aren’t too many posts.
I know there’s still some argument to be made against this suggestion, but rather than being scared of things not being organized, it’s better to take risks and try.

I remember that I had some other suggestions, but I forgot what they were… oh well, I’ll edit this post if I remember.

It’s funny how when the character topics were being made, I had to actually stop Karifean and tell him that he was going way overboard. The best way to handle topics like that is to create them when the need arises, rather than creating a billion topics for every character and leaving them empty, as is the case today.

The idea of merging some of these character topics into groups might actually be a good idea, especially with how we’re forced to split them further into spoiler-free and spoilers discussions. It would make the topics themselves seem a lot more active. The only question is how should we group them. By family? By role? Or maybe even more general than that. I’d like people’s thoughts on this.

The idea of a Q&A topic is something we have on our sister-site Kazamatsuri, and it’s seen moderate success. Could be a great way for people new to 07th Expansion to find the info they need without worrying about where to post. I’m all for having one here.

Apart from that, am I right in assuming that your main issue is with the excessive character discussion topics?

Just thought of this but, a convenient thing in animesuki is that spoiler tagging a part of a post also gives it a show/hide button (instead of a blur/unblur option) and as thus it’s also used to make posts less overly long while at the same time informing whoever is about to read it what spoilers it contains.

I have no idea if this is possible to do here but as an etiquette it would solve the majority of the spoiler issues and ensure not as many threads being necessary in the first place. On top of things rather then having a general spoiler rule “upgrading” itself over time, it would basically ensure that spoiler tags are archived and still functional for the future.

I know this is technically possible with the current blur thing, but the hide/show boxes just makes the spoiler tag itself a lot more obvious and clear. I also personally do agree with the idea of shortening the visible part of posts not to result in posts ever taking two pages + long.

I don’t have a clear idea of how this could help restructuring some threads, or any clear suggestions there, but thought I’d share this nonetheless.

Apart from that, am I right in assuming that your main issue is with the excessive character discussion topics?

Not necessarily, those two suggestions were mostly just examples I could think on top of my head. I guess my main issue is that there are topics that are a bit too specific that their discussion ends too quickly and there’s nothing else to contribute, but I just woke up so I can’t think of any other example or suggestion to give in that regard. But I guess what I’m suggestion is that there needs a balance between a topic being too specific that it ends up short lived and being too vague that either makes it difficult to discuss things or having a lot of topics to discuss inside this vague topic. I guess it’s something that mostly needs to be experimented with.

I’m new to the forum and I have a quick suggestion that’s gonna give new members a less hard time looking around. When I first visit a new forum, I like looking at categories to know what kind of information to expect.

For example, it would be nice if it was ordered in a certain way with sub-forums:

I’m just used to forums that are organized like that. I understand if you do not agree with me, but this is just how I think.

If it hasn’t been done already we need a podcast just for roasting the umineko anime episode by episode.

just for roasting the umineko anime episode by episode

I would LOVE that.

I really hope another studio picks it up and remakes it all faithfully, but we all know that’s not gonna happen because the world doesn’t work like that.

For all that I’m told of the Umineko anime and how bad it is, I still kind of want to see it just to see how bad it is.

It is bad to the point where it ‘doesn’t exist’.

Can we do it again? I want in on this paintrain. 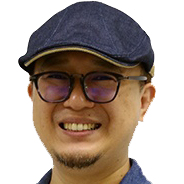 I think before watching the Umi anime again we’re planning on watching the Higurashi anime. Although, that’s just as a forum event. If you’re interested in watching the anime just as a group of friends then I’d love in on that.