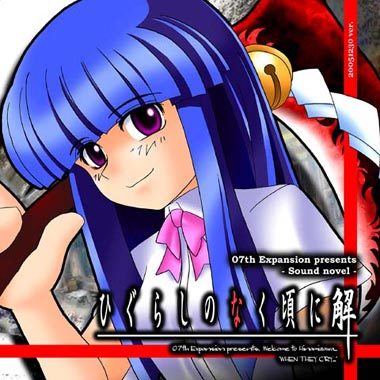 Spoiler-free general discussion topic for Chapter 7: Minagoroshi of Higurashi When They Cry. Chapter 7 refers to episodes 6-13 of the Higurashi no Naku Koro ni Kai anime series. It is planned for release on Steam in the future.

In the interests of protecting those who are reading Higurashi for the first time, please tag any references to later events beyond this point in the story or outside works with the [spoiler] tag, providing adequate context in parenthesis.
We take spoilers very seriously, and ignoring this rule could potentially result in a ban.

While this topic will serve as a general hub for discussion of the Chapter, if a conversation ends up flowing in a certain direction (eg. You start talking about the series as a whole rather than this particular Chapter), don’t be afraid to continue it in your own topic! Keep the “reply as linked topic” button beside each post in mind.

What would you rate this chapter?

I find Minagoroshi to be one of the best episodes in the term of giving answers to the reader, it obviously answers almost all the questions that the reader had until that momento, includying the “Who dunnit”, what is mostly left is the “Why Dunnit” and the “How Dunnit” but the big question of the Who is answered in this arc.

In this arc we can also seeall the struggle to end the suffering of Satoko. It presents us a way to end Satoko’s situations on Tatarigoroshi-like situations, all that part with the child conseulor and all the villlage getting together to help Satoko… It really gets me

And I’ll end this by talking about the start, Frederika Bernkastel, she is introduced completely in this arc alongside with Hanyuu. They are both really important characters in the story, at least in the meta-story involving Higurashi and Umineko. Frederika Bernkastel, she presents usa ll the rules from the game, giving us really big hints about what’s really going on and Hanyuu story connects Rika perfectly and makes her development a lot better, remembering past kakeras and suffering all of them without being able to do anything.

I can say that Minagoroshi is my favourite arc from Higurashi by far, I really love what happens in this arc, the development of Rika, Hanyuu and what I loved the most is that I wasn’t expecting the culprit, when I read Higurashi for the first time I wasn’t thinking on solving the mistery of Hinamizawa so it was really a surprise to see the culprit.

Minagoroshi is by far my favorite chapter of Higurashi. Each and every part of it is satisfying to me. Even the downer of an ending.

The nature of the alternate timelines is revealed; something I’d been wanting to see in a visual novel since I’d gotten into them. Since most VNs have branching paths, seeing them acknowledged sends a terrifying yet thrilling chill up my spine. The worlds we’ve experienced are all true, and are connected.

As the doll comes into play, time freezes, and a choice appears for the first time. Wanting to change fate, I made Rika confront Keichii. Keichii narrowing his eyes as he says “I know.” took my breath away, as he single-handedly avoided the tragedies of Watanagashi and Meakashi. Following that, we find out Rena talked her problem with Rina out with Mion and her father, and Shion remembered the promise to Satoshi, averting the tragedies of the other arcs. Seeing these pieces fall into place so perfectly was the ultimate catharsis after the hours upon hours of torment I went through seeing these characters, who by this point I considered my own friends, suffer. Finally, something went right. These outcomes felt so earned.

Keichii stopping Shion from murdering Teppei was quite the ironic mirror to Tatarigoroshi, and the club fighting against him the correct way was great. In the end, strength comes from acknowledging your problems and asking for help, not simply enduring them. A good message for anyone suffering from abuse. Satoko is truly my hero.

Finally, everything is revealed, and Rika again follows the message of Minagoroshi by asking for help when she needed it. The club saving her and Satoko is my second favorite part of the novel, and even if everything following was sad, Hanyuu’s determination at the end was worth it.