It seems that they’re gonna be holding a commemoration event for the Higurashi anime’s 10th anniversary around Tokyo from June 10-12. If my understanding is correct, they’re gonna have reproductions of the Furude Shrine and other memorable locations of Hinamizawa, along with voice recordings of the characters around the area. There’s even a “Super Oyashiro Time” from 6pm-8pm where you need a special ticket and I would assume they change stuff around the exhibit.

Not sure yet if I’m going since it might have a bit too much spoilers for me (having only read the first two chapters of higurashi) but it’s interesting nonetheless!

I wanna walk around Hinamizawa!
That’s something i wanna add to the bucket list.

Oh god…>_< Putting off my Japan trip another year and this happens. Re-playing Higurashi for the Tea Party and everything has my When They Cry energy refilled, and this sounds awesome.

There’s also the “Watanagashi Festival in Gero Onsen and Shirakawa-go” event being held on the 18th and 19th, which I’m going to be attending.

We’re going to be sightseeing in Shirakawa-go (the village Hinamizawa was based on) and Gero Onsen (which has a number of buildings that were transferred from Shirakawa-go), and doing a real Watanagashi (presumably the cotton variety) on the 19th in Shirakawa-go.

Oh, and Ryukishi07 is going to be attending, too.

The tickets that provide lodging and transportation have all been taken already, but 70 new slots have just opened up for “day trip” packs, if anyone is interested: https://atnd.org/events/77719

I’m planning on hitting the 10th anniversary event for a hour or too as well on the 12th.

As much as I’d like to go to shirakawa-go for a higurashi pilgrimage, travel expenses in Japan are just way too much for me to handle :’< Hope you enjoy!

And hey, if I do end up going to the anniversary event, I’ll hit you up if that’s alright

And hey, if I do end up going to the anniversary event, I’ll hit you up if that’s alright

Sure, that would be great! 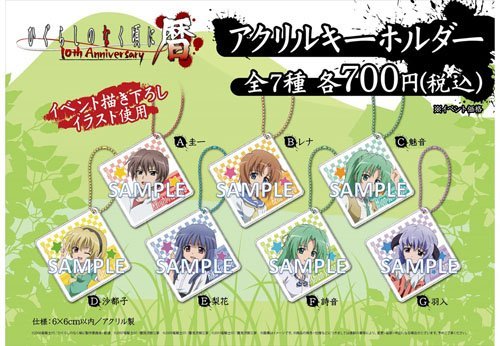 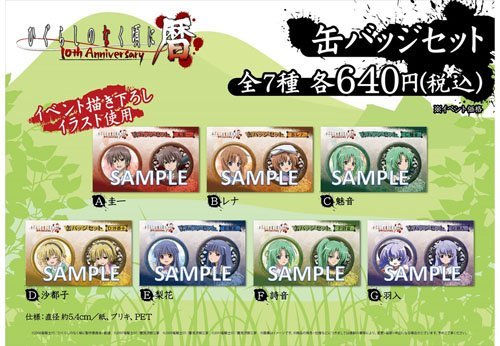 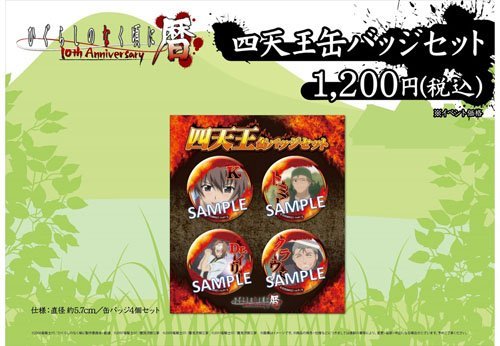 Well I guess not too much regrets for me for not being able to go; having not even watched the anime and whatnot. It seemed pretty cool though!