What is Choice of Romance: Affairs of the Court?

Choice of Romance is an interactive novel by the suitably titled Choice of Games company. It is about you trying to find your place in the court of Iberia. You will gain allies, you will gain enemies, but it is up to you how to deal with them and all that jazz.

How will this go along?

Simple. I will try to post 2 sections per day, around 10 AM/PM GMT, and give you guys the ability to choose in the meantime. The sections consist of the story and a choice at the end. I will put up a poll for the choices, and at the end of the 12 hour phase, I will post the next section accordingly.

When do we begin?

Part I: Choice of Romance

Your youngest sister Clara skids to a stop in front of you. “Francisco and I were playing in the barn!” she sobs. “He was showing me spells, and he set the hay on fire, and now–”

A breath of wind springs up, and the acrid scent of smoke reaches your nostrils.

The barn is some ways away from your parents’ villa and the vineyards–there’s that. But it is full of hay for feeding the horses, and hay catches fire so fast–it would be so easy for the wooden barn to burn to the ground–

The smell of smoke grows stronger the closer you get. By the time you reach the barnyard, your throat and eyes are stinging. You can’t see flames from the yard, but as you approach the door, you can feel their heat. Out of the corner of your eye, you see the grooms running towards you. Then you reach the barn door and look inside. Your seven-year-old brother Francisco, face white with terror, is backed up against the barn’s far wall, surrounded by leaping flames.

What are you going to do?

Oh, and this novel does have some stats that you can view at anytime. Our stats are currently like this:

These may change depending on your choices, and when they do, you might want to check back here, I will update them.

And this novel has a “You did great, son!” system, which we call the achievements system. Getting them gives you points which doesn’t change anything in-game, just like any old achievement. Here you go for the list:

Magic is so the obvious choice here.
I mean… 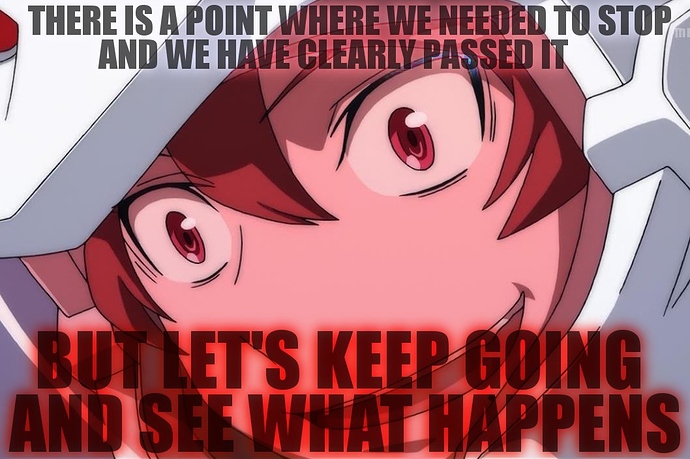 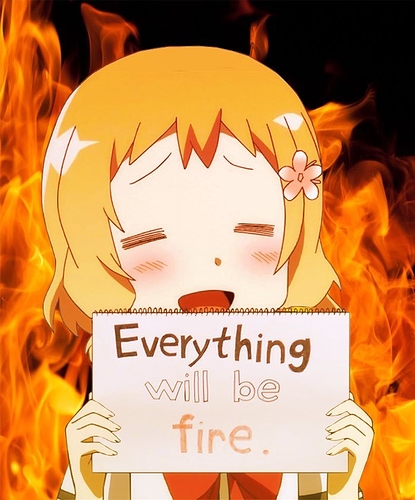 So @UsagiTenpura are we going to try to steer MC into becoming an evil overlord? If so, we need a fitting name for people to run away from

Are you sure you want to ask that of me?
I mean, you should be aware that the answer would be NepNep the Memetic or something ihihihihi.

To be fair, considering recent events, NepNep is quite the horrifying name.

I’ll just assume that 50% magic means that our chance of saving him with magic about 50/50.
Fine by me, I mean he’d probably die anyway, so whatever. Might as well try magic^^

Poll closed! And it seems you guys have chosen using magic the most! Let’s continue!

Your family, like most noble families of Iberia, has magical talent. Unfortunately, you are Death Mages. Death Magic is very useful in combat, but it tends towards firebolts and so forth–in other words, it is better at starting fires than at putting them out. Francisco almost certainly started this one with a firebolt gone wrong.

But then an idea occurs to you. You run around to the back of the barn, and, summoning all your concentration, throw a firebolt at the back of it. A hole explodes in the wood.

You run towards the hole, and it is like running towards an oven. The fire within is hotter and higher every second. But you’ve provided Francisco with an escape route, and he stumbles towards it just as you get there. You grab him and pull him to safety. The grooms have arrived by then, and you hear the head groom shouting orders at the other two. They start carrying water from the well nearby to put out the fire.

You hear shouting. It seems that Clara succeeded in waking the household, and here they all are–your mother and father and siblings and most of the servants. Your father takes charge of the situation, and under his management, the fire is quickly put out. Your mother cries, alternately praising you for your clever use of magic and berating Francisco for stupidity.

When the excitement is over, the entire family returns to the house.

You walk through the vineyards, through the courtyard, and towards your family’s somewhat shabby villa. The villa is old and well-constructed, but not as well kept as it might be. Underneath the trellis of bright flowers, for instance, the lintel could really use painting. But the family simply does not have the money to keep up appearances as they should be kept…. Your great-grandfather was a Conde, and your great-aunt was a Condesa, and you have a second cousin or something who is a Condesa now. But your father is only an hidalgo–a younger member of a noble house. He has the title Don for courtesy, and he has a fine house in the country, but he doesn’t have anything else. Not much money, and no power. Just the house and the family name. And so you don’t have anything else, either, as you approach your sixteenth birthday–when you officially come of age.

Far away in the capital city of Orovilla, things are happening. There Life Mages and Death Mages study to advance their art; there young men and women enjoy masques and balls and hunts and jousts; there wise and devious advisors lurk at the edges of the monarch’s glittering Court.

Perhaps it is not quite true that nothing ever happens here. Now that something has, are you feeling glad that life here is usually calm and kind of dull?

Anyway, on our path to become an evil overlord No is the obvious answer, since we’re going to be the cause of peaceful days ending. We will not rest until everyone trembles in fear when they hear our name.

And since everyone knows the rule Beware the nice ones, paired with Rule of Funny, we should totally call ourselves something overly cute.

BTW, you might want to start considering a name, because the next choice will involve choosing a name, so you have about 24 hours. I am thinking of going 2 ways:

So yeah, you should still go on with the names

Is there a character limit?

Nope, though I should mention you should give just the names, not the surnames/family names.

Okay, then let me list the name I came up with following my suggestions and of course the glorious name @UsagiTenpura suggested.

Is there a character limit?

Well google search on the matter lead me to :

James Dr No From Russia with Love Goldfinger Thunderball You Only Live Twice On Her Majesty’s Secret Service Diamonds Are Forever Live and Let Die The Man with the Golden Gun The Spy Who Loved Me Moonraker For Your Eyes Only Octopussy A View to a Kill The Living Daylights Licence to Kill Golden Eye Tomorrow Never Dies The World Is Not Enough Die Another Day Casino Royale Bond.

Okay, I have decided to go with option 1 to give you guys more of an option so… You have about 7 hours to come up with other names.

Ahahaha, please wonderlander do not consider the overly long names doldod and I bought up…

All I can think of is pet names from Harry Potter. Fang. Hedwig. Norbert/Norberta.