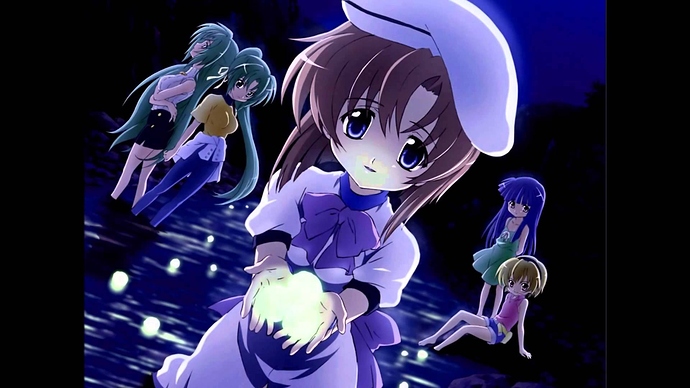 Let’s have some more character polls, because why should Higurashi be left out! Who are your favorite characters from Higurashi, with a new poll for every new episode from this point onwards~

The idea is that you vote purely based on what you’ve seen of a character so far, so don’t change your vote on an earlier poll after reading a later episode, and veterans, if you want to vote as well, try to block out anything that happens after the chapter in question and focus purely on what you think/thought of the character at that particular point in time.

This topic may contain spoilers for the chapter the Tea Party is up to currently (Chapter 5).

Also check out the Umineko version if you’re following along with that Tea Party!

Well, I am pretty bored, so I’ll do this, I suppose.