What are some of your favorite dream crossovers that you can think of? For example I think a big 07th Expansion crossover with all the characters in a story or visual novel of some kind would be neat. However feel free to expand outside of 07th Expansion / WTC if you wish.

My own personal pairings would be Ace Attorney and Detective Conan; I think would make an excellent crossover. Danganronpa and Umineko would make a swell pairing as well.

Don’t feel you need to limit it to just visual novels or even video games; feel free to let loose with your imagination, wishes, and desires.

My dream crossover became true with Hyrule Warriors. I wanted a Zelda game where I could fight hundreds of enemies ever since I was a kid and I didn’t know about the Musou series back then.

If I had to choose a new one now, I’d love to have a Theatrhythm Final Fantasy kind of game but filled with Nintendo Soundtracks.

and I guess one of my childhood dream as well like many others was a Pokemon MMO.

I want a giant Love Live crossover between µ’s and Aqours! I am an avid PreCure fan, which has the All Star series of films, so I can easily picture a crazy film with wonderfully contrived reasons as to why they would both get to preform on the same stage and maybe even team up for a song.

Also, even though it was originally conceived in jest I really like the idea of taking all of Key’s properties and cram them into a Toki Meki Memorial style dating simulation, hopefully complete with a sarcasm stat for the lead.

That is cool that you actually had something work out. The big draw to Hyrule Wariors for me was that you could finally kick butt as Zelda, and having the different forms of the characters was pretty cool too. I didn’t spend a whole lot of time with it, but it is a game I do plan on cycling back to.

Ever since I saw this webcomic, I’d really love it if there was an Umineko and Inception crossover. 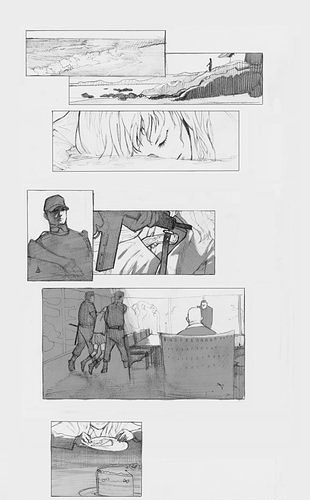 I want a crossover with a cop show. I think Hannibal would be my ideal, because it’s got some similarities with Umineko, but basically I want a main character cop to try and solve Higurashi or Umineko in some context, and accidentally get dragged into the horror.

I’ll just state the obvious so it may be kinda boring but :
-ahem-
Touhou & Umineko

Is there anyone that would legitimately love to have that big crossover thing that we did as an April Fools joke? Just putting that out there.

Where The Puella Magi Cry (Umineko x Madoka Magica universe stuff) could be interesting too.

I just want Umineko characters crossed with a typical horror movie, with Battler trying to argue that zombies or werewolves or whatever supernatural nonsense they’re fighting can’t be real, and somehow he lives till the end to have a truth battle with the director of the movie.

Umineko and Fate/Stay Night. I don’t know how but the idea got into my head and it wouldn’t get out. Not the characters meeting per se (though Kirei and Bernkastel meeting would be a delight) but I like the idea of all the Mystery characters going into a battle royale by summoning all the Fantasy characters. Kinzo summons Beatrice (at first), Eva summons Evatrice, Rudolf summons Belphegor, Kyrie summons Leviathan, etc.