1- This is your usual chess game, except anyone can participate whenever they so want.
2- All of the pieces are represented by Higanbana characters, each side representing either the Humans or the Spirits team in the School.
3- There’s a chessboard image being constantly updated with each selected move done by the players.
4- That said, anyone can play in either side if they want, and their move will be chosen as long as said individual is the first person to post a valid move after the very next image update (meaning, each time a valid move is done and the image updated with said move, the next valid move can be done by anyone willing to play, as long as they post first).
5- In addition to that, we also implemented a rule were each person must impersonate the character they requested the movement of. This pretty much means, they write a one-liner for that given move of said character, possibly interacting with the other characters surrounding him in the chessboard.

For a random example for the beginning of a match:

Yuuki e4
“I’m guessing this could be what someone would call an artsy opening, right?"

For these chessboards, I will be our image uploader, a “Game Master” of a sort, I guess? And in any circumstances where I can’t keep up, I apologize and beg you for some patience, as I’m kinda busy with stuff (but I will try to keep it going as frequently as I possibly can). 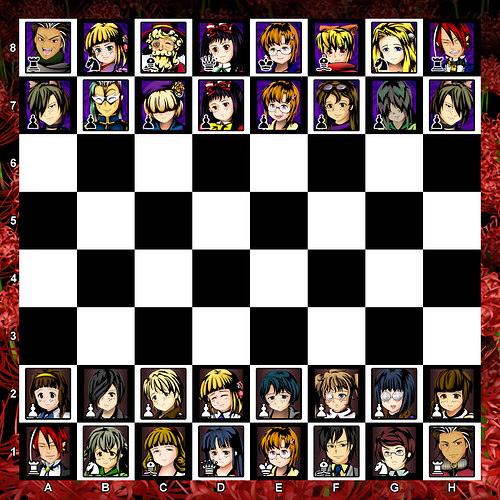 “Since I’m the only smart person around all these dunces, I should be the first to move”

<Great>, the little Prince wants to play. I’ll entertain him for a while.

Off to a nice start 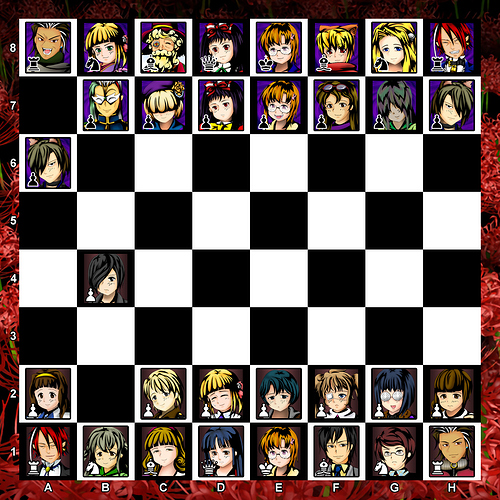 “I’ll be sure to capture this on film!”

Maybe tonight I’ll be able to find a man…

Quite unusual openings we have here. Interesting. 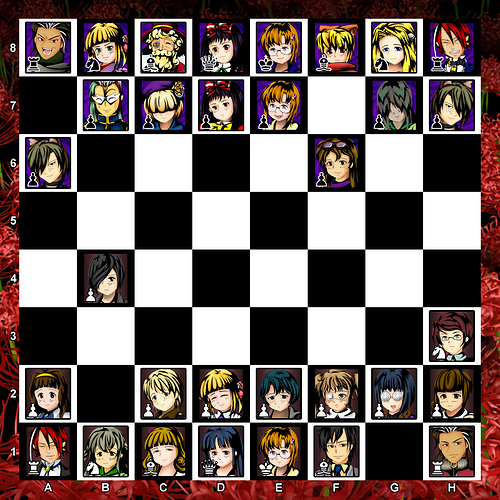 “Nonomiya-kun, let me go with you! I want to be there if you capture a ghost on film! Or a UFO!”

I wanted to play as a youkai 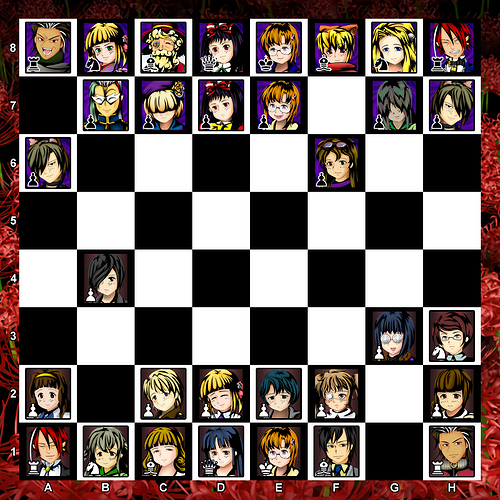 “If this will break the cycle, so be it…” 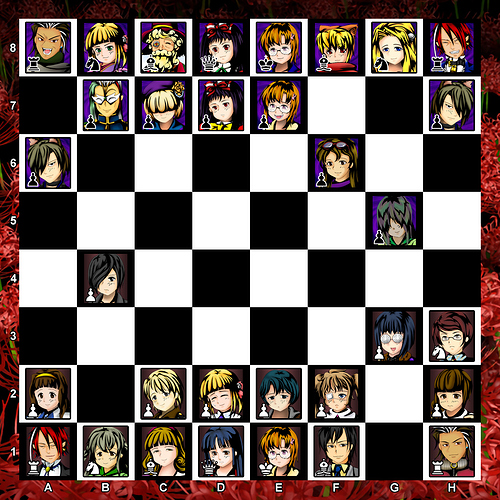 “Gera gera! You there? Won’t you listen to my heroic story?”

Sorry, took me a while to actually get some internet where I am right now (and a PC to use photoshop too): 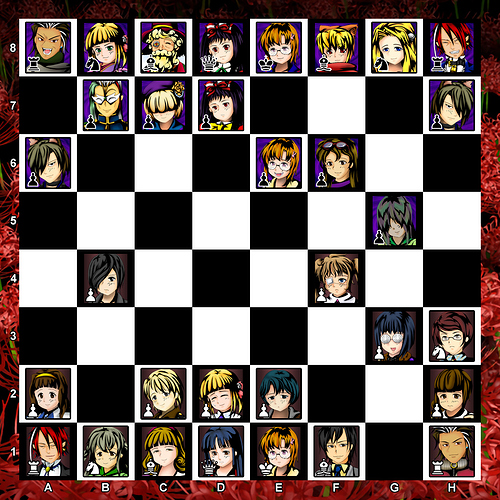 “It is time for the princess to step onto the stage! 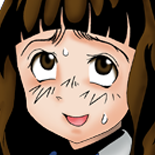 “Have you ever heard the sound of castanets playing in the music room when there’s no one around?”

Oh boy, we are having quite the pawn war incoming in here! 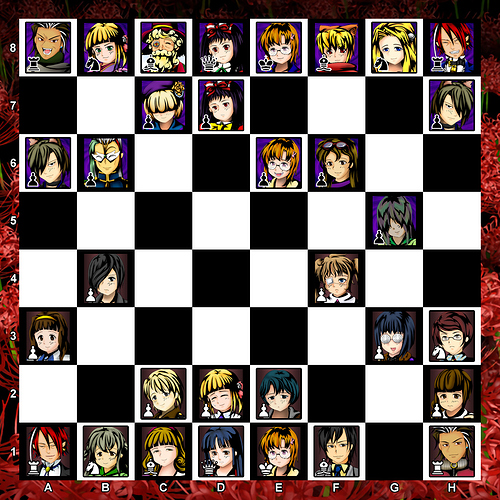 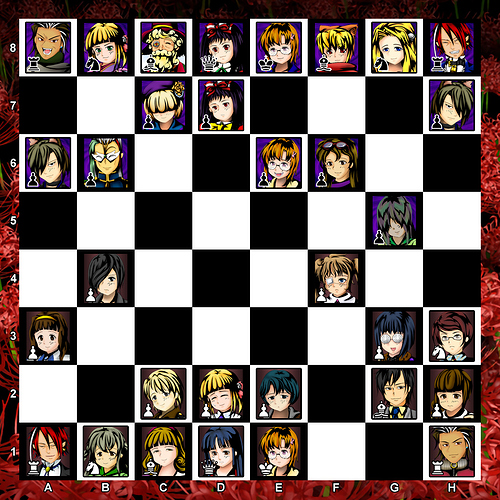 “I’m the Sixth Ranked Youkai, Renoir of the Art Room. Can you name that painting?”