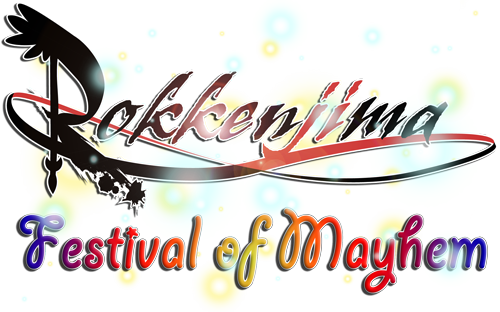 Gather round, friends, and join us in another event. In this your Google Images and shitposting skills are put to the test. In this challenge we ask you to create your very own magical characters out of everyday objects.

This challenge will require you to do two things. One is to find an image of a ordinary household item or a character who could be taken as such. You may take a picture from around your house or find one from Google. You may even wish to take an image from right here on Rokkenjima. After you have found an image (and optionally edited it to your liking), make a magical character around that image. The character flavor text should be in the style of the TIPS information section in Umineko.

Below is an example of a character.

The Witch of Dishwashers

Her powers have not been fully realized and she has a hard time gaining respect from her fellow witches. However, her mastery of cutlery and uncomfortably hot water is unparalleled. She is able to blast small jets of this water from any surface in order to punish those who laugh at her. She is somewhat childish and will throw a tantrum when dishes are not stacked how she likes. She also will call loudly and shrilly, nagging people until someone pays attention to her.

The scoring, as before will award 4 points to the winner, 3 to second and third, 2 to fourth and fifth, and 1 to any late submissions. Be sure to have fun and talk among your team.

The deadline for submissions is Tuesday, 11:30 am UTC. Good luck and have fun!

Beliyaal of the dried roses 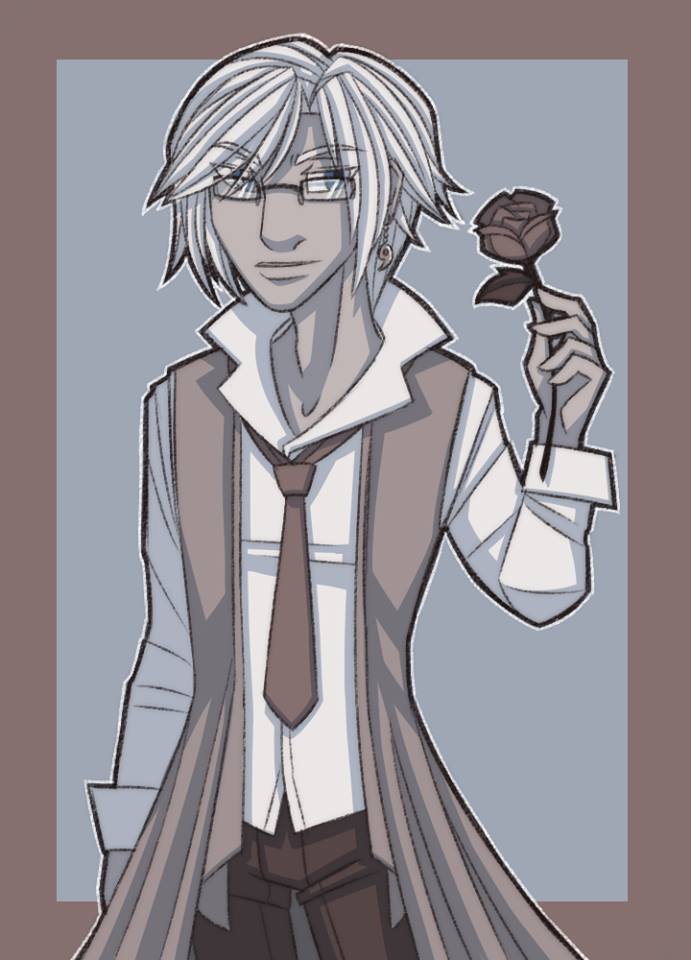 A long time ago, it is said there was a Father who had lost a young daughter to illness. Her Mother had died 6 years ago giving birth to her. In a spell of extreme loneliness, grief, and sorrow - he clung to the crimson roses from her funeral as a sacred memento. However, as all things do, the roses slowly lost their vigor, grew small and dark - and finally, they too, also died. The Father watched as the roses too bid their final farewell, as a single dried petal dropped onto the ground. The immense grief and sorrow that erupted upon seeing the petal, to finally face and accept the death of his daughter - from this absolute grief and sorrow - Beliyaal had been born, and consumed the Father’s grieving soul; taking on his appearance.

In the present, he enjoys to make his presence well known in the society of witches and demons; and as such he is often summoned to make incredibly delicious rose tea. It is famous across all of the witches, from creator to voyager. So curious for a demon of his rank.
In the world of humans, those who play around with dried roses as a hobby, such as making potpurri, or pressing them into books or frames, he watches over them curiously with a smile.
One day, a girl, who looked strangely similar to the daughter who died so long ago, wished to make the most delicious rose tea for her parents…and Beliyaal had come to assist her. 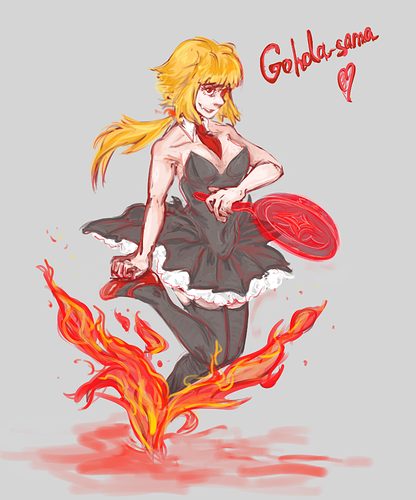 The Sister of The Infernal Kitchen (Pangie)

Vigorous and sarcastic, Pangie is the oldest of the sisters and the loyalest furniture one could ever desire. She can’t tolerate any insult toward her Master.

However, her bold surface melts once she’s alone with her Master.

Pangie uses the advanced-level magical pan that can cause demonic destructions.

She has a hobby of cooking cutlets of her victims’ meat. This delicious dish is a usual part of any of Master Gohda’s feasts.

Wally the wallet is the most junior of junior furniture. As such, he is the one that actually has to get things done. As a promising young student, Wally is observant, clever, and a fast learner. He has the basic skills needed to be an excellent treasurer in most places. But Hell is not most places. Unfortunately, despite the many responsibilities he is burdened with Wally really is just an intern. In a fight, he is pretty much useless.

Wally’s internsip is not paid. Instead, he gains valuable ‘experience’, ‘networking opportunities’, ‘reputation’, and other reported benefits that he cannot actually eat. He accepted a position working with Hell to gain valuable experience and hoping it will be transitioned into a full fledged job. When he signed on, he was told that it would become a real job ‘just as soon as the economy picks up again.’ He has now been an intern for the past six hundred sixty six weeks.

Ronove keeps trying to convince corporate to hire him properly, but unfortunately there’s just no room in the budget this year. Or any other year. Forever. Although there is no public, official statement, rumors persist that Lambda Delta and Bernkastel have jointly declared with certainty that a miracle will definitely not occur. Hell itself refuses to confirm or deny whether this occured and the Voyager witches are bored with games of repeating things in red, so Wally is continually tormented with the faint hope that he will one day become a respected, full fledged furniture of Hell.
For Wally’s internship, he is tasked with keeping meticulous track of how much money are in hell’s accounts, and monitoring for any signs of theft. Despite his junior station, Wally is attentive, good with numbers, and observant. No one can get any money without him noticing.

Unfortunately, because of his junior station even though Wally can quickly tell when something is wrong he is rarely able to do anything about it. Indeed, the Seven Stakes of Purgatory seem to take a perverse glee (that is, their favorite kind of glee) in extracting funds from him over his protests.
As a dedicated student, Wally is a bit of a teacher’s pet and actually dreads the summer and winter vacations. Not only do those times herald Gaben’s biannual visits, but late spring and summer especially bring the season of cons, when a variety of disreputable characters come to have their way with Hell’s finances. They include Gabe, Tycho, Shiko-san, Hiroko-chan, Hiroshi-kun, and even a surprisingly vicious crab called Crabby-chan. These disreputable scoundrels never manage to actually fool Wally, but simply overpower him with base urges and take what they want like wild animals.
As bad as the stakes and the con characters are, however, Wally’s worst nightmares revolve around the biannual visits from Gaben, the bringer of Splurges. Twice a year, in the dead of night, Gaben bursts open the door to Wally’s room with a booming declaration of ‘IT’S SALE TIME!’ and proceed to inflict traumatizing violence upon Wally for a solid week.

Wally is frequently reduced to tears by the various assaults he is subject to. Worse still, although Ronove at least is understanding, most of Hell’s senior management lay the blame squarely on Wally for failing to defend the accounts from these marauders. It’s completley unfair, but we are talking about senior demons and devils after all.

Recently, Wally’s hunger has lead him to join the sect of Goatdatrice believers. He fervently prays that when Goatdatrice returns, he will cook for wally a Mackeral meal that will grant him the strength he needs to defeat the Seven Sisters of Purgatory, the disreputable characters from con season, and even the terrifying might of Gaben.

Or at least feed him. The impoverished student intern lifestyle has left him hungry.

Thanks to all who submitted! Judging and scoring will be done within the next 24 hours.

I wonder if we’ll ever see fanfiction involving these characters~ 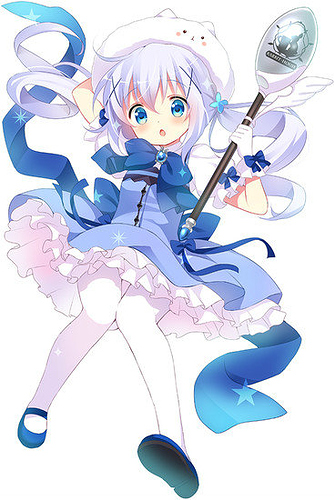 CAPPUCCINO, The Apprentice Witch of Coffee

Seeking to become a powerful Witch of Coffee, she’s always working very hard in order to make the best coffee she can, her magical spoon is her main weapon, and she usually walks around with her faithful furniture, Tippyon, an angora rabbit that increases her magical power when placed on her head. Her powers can range from recognising every type of coffee by its aroma, to preparing a magical coffee of happiness, and she’s even capable to fortune-tell from cappuccinos. Her hobbies are drawing cubist art and bottling ships of foolish humans who dare to tresspass her territory.

Kari: This sounds like it’s part of a grander tale ^^ When’s Part 2 and where can I buy it?
Sera: I liked this one okay but I wasn’t sure what the household item was supposed to be. Potpourri?
Vyse: Quite the interesting backstory.

Kari: Poor Wally ;_; This one was my personal favorite. I love how real the abuse of the wallet feels. I mean, who can’t relate to that? Goddamnit Gaben stop abusing our wallets, they can’t take it anymore! (Didn’t get the other references though, unfortunately)
Sera: I thought this was great. Obviously lots of work put in and very funny.
Vyse: This one was another funny and certainly relatable character.

And #1 goes to Team SleepingVerborum and RKW Berris! (+4 points)

Kari: That drawing is amazing~ And I also just love the concept of an extremely devoted kitchen pan, ngl =P
Sera: Absolutely love it. It was great how you incorporated the team’s mascot in the character.
Vyse: I like how her entire concept fits with your team backstory. And it’s also a really fun character!

While we’re at it, let’s also take a look at Team 5 Elements of DESIRE’s unfortunately late submission.

Kari: I wanna take her home~ so cute. I know some people who would totally bow to a Witch of Coffee. I wish her best of luck in her endeavors =P
Sera: All hail the all-powerful witch of coffee. Patron witch of students everywhere. I think this might have been my favorite.
Vyse: Ahh, she’s too cute >.< I really wanna see her become a full-fledged Witch of Coffee!

+1 point for the submission, and we really hope to see more of you guys in the next events. This was great!

Umineko characters should be obvious to this crowd, I hope.

Gaben is Gabe Newell and the Steam Summer and Winter Sales.

The con season characters are supposed to be convention mascot characters. Gabe and Tycho as avatars of Pax, Hiroko-Chan, Hiroshi-kun and Crabby-Chan are all Otakon mascots, and I believe Shiro-san also comes from another convention though I don’t remember which one.

Let me also say that I deliberately went wall of text because I have no drawing skills and take no credit for the art, which was pulled from Deviant Art, done by a very talented person who goes by mastertubaman and here is a link to their page.

Holy cow, this upload system is so different. . . o-o been a while. I know I haven't been online much or drawing. . . ever. So when I do, I realize I never upload it. Sooooooo, in honor to the fact...

Good game all, and congratulations to Team SleepingVerborum and RKW Berris.