Because I feel like most of us are pretty into anime/visual novels/manga/otaku culture in general I feel like we often don’t talk about much else. Many people here play table top games and have found that was a good way to connect. I began to wonder, what other things does Rokkenjima like to do with their free time? Draw? Write? Sing? Play music? Do puzzles? Whatever it is, I’d love to get to know all of you a little bit better.

I’ll get things started. In my free time I like to ballroom dance. I’ve been doing it for about 3 years now and I’ve loved it from the very beginning. If anything I’m getting more into it as time goes on. For someone as generally uncoordinated as me it nice to actually have a physical activity that I enjoy and am semi-decent at.

Does being a Yandere count as a talent? 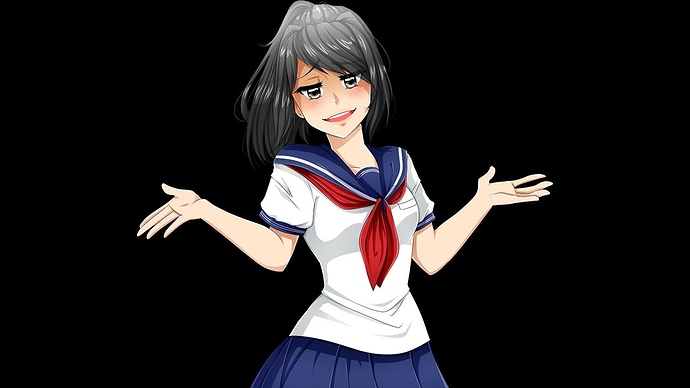 I like reading. Mostly I read online now, but occasionally I’ll rent actual, physical books from the library. I also like video games.

I used to draw, but I haven’t done that for years.

Gaming, programming, and reading mostly here…I also collect Gunpla a little, although I don’t get to buy them too often as they can be expensive.
Here’s one I built back when I graduated high school a few years ago: 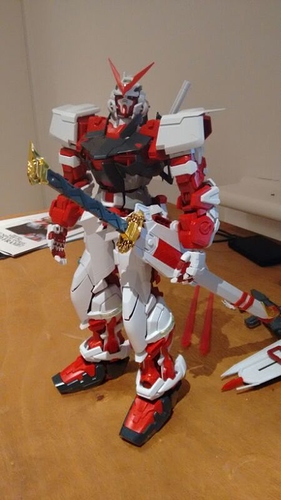 I mostly read, play games or work out (gym, jogging or swimming) but other than that I really like kayaking.

My dad is a big kayaking enthusiast and I’ve been joining him on trips since I was around 15. I’m one of the leaders at a local kayak association in my home town and we’ll rent out kayaks and go on trips in the archipelago with other interested people. It’s really nice, especially during the Swedish summer with its long and warm evenings.

I love reading! Annoying that I cannot read much these days because of always having to study, but reading is something pretty damn amazing.

As for something more physical, orienterring. There is just something intriguing about running in a landscape with a map in your hands finding targets that nothing else gives quite the same feeling. It is so freeing.

I like reading a lot and consuming most forms of media. I like writing analysis and reviews on television shows. I don’t do it that much anymore but I do some creative writing. I like flash fiction and prose poetry especially, though I write short stories and free verse poetry as well.

I love swimming but I haven’t lived by water in the past few years so I haven’t got a chance to swim as much as I like. I play chess–I was on a chess team in middle school but I stopped playing in tournaments after that, so I mostly just look for people to play with now or play against my family. I play cards–smear, sheap’s head, hearts, uker, several different forms of poker, etc., that sort of thing. I really like games in general.

I read a lot, I play a lot of video games, and I like dissecting stories, so I guess that’s where my hobbies lie. I also like listening to instrumental music and analyzing in my head what a specific piece of music tries to express.

I have an unfortunate lack of hobbies that extend beyond anime culture. I guess I like coding and doing some creative game designing but it never goes anywhere. I worked out for most of last year (and hopefully I’ll get back into it soon), but not really because I liked to do it either. I’d love to get into writing but I never do.

I play quite an amount of video games. I suppose my favoured genres are RPGs and action-adventurey things. I also dabble in some rhythm games.

I used to read a lot, but university life has kept me much busier than I used to be so in recent years I’ve read much less than I did before. The books I read are mostly fantasy stuff, but for a while I’ve been interested in expanding my horizons to orthodox mystery fiction. I’ve read and enjoyed a number of mystery VNs, so transitioning to mystery books seems like an obvious evolution, but I’ve been busy with other endeavours.

About a year ago, I decided it’d be good to have some physical hobby so that all of my time isn’t spent sitting, so I decided to take up taekwondo. It’s been pretty fun.

I took weekly guitar lessons for a couple of years before high school, but I’ve never played that actively so I can’t claim I’m any good at it. A friend of mine is pretty amazing, though, and that has inspired me to spend more time practising, though I still spend regrettably little time playing. I own an acoustic guitar - I have little to no experience with electric guitars.

Oh yeah right, instruments. I play the violin and possess one. I don’t really play that often these days though…

Anyone crochet? In my spare time that’s usually what I do. While reading a book and drinking tea. I also write a lot. It’s mostly poetry, but I’ve written prose as well. Like a lot of others here, I also dabble in the realm of the video games. I’m a huge platformer fan (thus I’m super excited for Yooka-Laylee, which is coming out soon!)

As for instruments? I wish I had that talent. I tried very hard to gain it. I tried piano, viola, recorder flute, clarinet, guitar… More than anything in my life I’ve always wanted to play music. I gave it a very hard try, but I could never quite do it. Don’t get me wrong, I could play the notes fine, but it was never quite… music.

I draw quite a lot! Its a strong passion of mine. My dream would be to create a successful murder mystery (of course) comic or be a part of a large 2D animation company.
If not that, then architecture is also something I’m interested in! I also dabble a bit in coding, although unfortunately I don’t have the memory or attention span to take it up as a proper hobby.
Nice question by the way! Its nice to learn more about the people here

Oh right, I guess I should make a serious post here.

I’ve really gotten into creative writing lately. I recognize that I’m not that good at it right now and reading VNs has cultivated some really bad writing habits. Still, I feel like I’m steadily improving.

I also play video games a LOT but I’ve already spoke about my taste in those elsewhere on the site and I see little sense in repeating myself. How much I’ve played has reduced in recent times due to… recent events affecting my mental state, but once that situation resolves I should be okay on that front.

I want to start streaming and uploading artwork regularly.

The problem with me is that I start too many things and never finish them, so I have a lot of hobbies. I run cross-country and track at my school, and I also love reading and writing. Film is a really big hobby for me, as I want to become a director and/or screenwriter when I’m older. I play Pokemon, both the video games and the trading card game, and I like bike riding and listening to music. I used to be big into Perler beads, but not as much anymore.

Writing and correcting others’ grammar.

(Wow that makes me sound arrogant)

I love to read. Accrued a couple full bookcases’ worth of books over the years (since I was in elementary school). Currently have S. by JJ Abrams on hold (as I’ll be leaving to coach at a summer camp tomorrow) and I’m reading Rendezvous With Rama on my ebook reader.

I do Model United Nations at school. MUN is basically a club based around conferences where high schoolers mimic the UN and discuss solutions to world issues. It also involves a shitload of organization by senior members, and since I’m now a senior (next schoolyear), I’m the president of a Committee in my school’s upcoming conference. I’ve been doing MUN for five years now (since eighth grade), and that’s going to be the last conference of my career.

I used to play the electric guitar but I never spared any effort to practice, so I dropped it a year ago.

Besides surfing the web and playing video games and reading VNs, that’s about all I have to say about my hobbies.

I also have great interest in English (because of literature) and astrophysics.